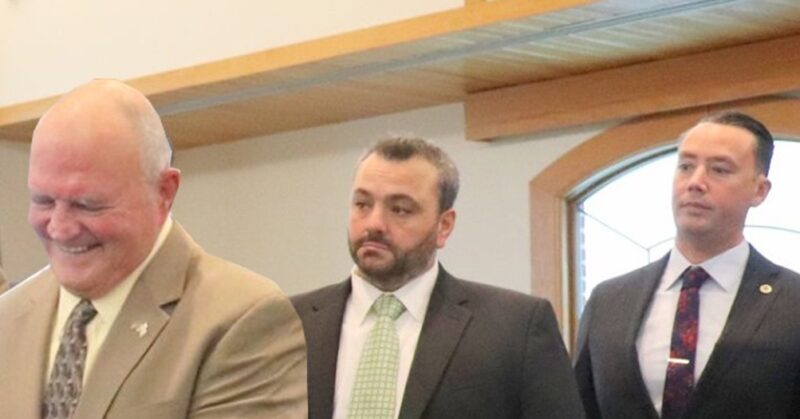 Rodrick accused Hill of refusing to seek alternatives when it comes to the costly, ever-increasing cost of healthcare services for township employees.

“I voted no on that budget because the mayor and members of the council refused to seek out cost savings measures for health insurance and other services.  Our insurance policies are costing us $40,000 dollars a year per family plan – and we’re responsible for 400 employees and 250 retirees. We could save millions,” Rodrick said.

Breaking News:  5 Nostalgic Comfort Foods You Need to Have While Binge-Watching During the Coronavius Pandemic

During the 2019 budget hearing, Hill said he agreed with Rodrick about the township’s need to look into cutting healthcare costs across the board, but Rodrick now claims Hill has reversed his stance on that promise he made.

“Instead, he’s just raising taxes,” Rodrick added.  “At that budget hearing, then Councilman Hill said he would support me, and we would work to cuts insurance costs this year, but it seems the Mayor has changed his mind and would rather just raise taxes this year.”

Rodrick said this is only the start of a downward fiscal trend that is about to hit Toms River.

“This is only going to get worse in coming years,” Rodrick said. “We’re going to owe $20 Million on the Ciba Geigi tax appeal, and school aid continues to be slashed. If we don’t work to cut costs, taxes are going to skyrocket in Toms River.”

Breaking News:  Nearly 1/3 of All Ocean County Covid-19 Cases Are From Lakewood

Rodrick who ran against Mo Hill for mayor in the 2019 Republican primary election said he has led the horses on the township council to water, but they don’t seem to want to drink it.

“I’ve shown the mayor and the new council members millions in potential savings, but no one has the political courage to cut costs,” he said. “We can do better and the residents of this great town deserve better!”

Last month, Hill gave across the board raises to his huge team of political appointees working full-time jobs within the township, known as “confidential employees”.   Now, Hill is seeking to make more room for political cronies in the township legal department, according to the budget.