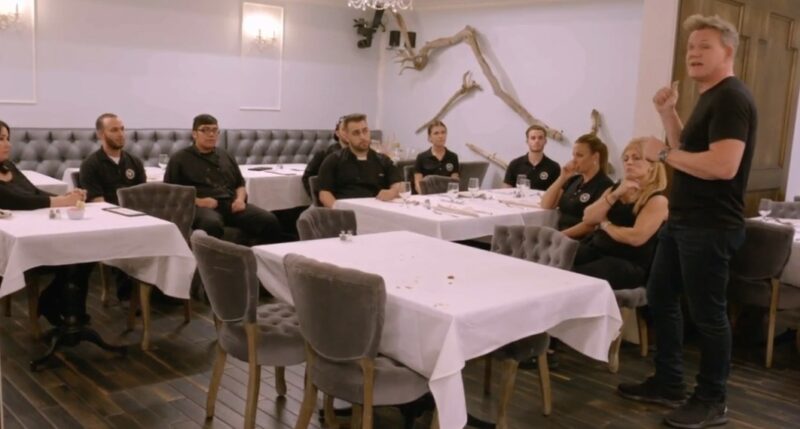 TOMS RIVER-After investing over $2,000,000 into a restaurant in the same spot as a once-popular Italian restaurant, Toms River philanthropist and commercial real estate investor Jeremy Grunin has apparently lost his investment.

Today, restauranteur Patty Canaeda, who operates Canaeda’s White Rooster, which was featured in January on world-renown chef Gordon Ramsay’s television show, 24 Hours to Hell and Back, announced the restaurant is closing for good.

Related: Gordon Ramsay visits one of his biggest fans when in Toms River.

Prior to Grunin investing in the restaurant, for many years, the location served as home to Rivoli’s, an Italian-American restaurant known for its huge portions, but even larger presence on MTV’s hit television show, Jersey Shore.  The restaurant, which was always busy surged during the Jersey Shore years before owner Tony Rivoli decided to go out on top and close the business to focus on his new Howell restaurant and bar, Riv’s Grill and Chill.  Rivoli came back this year to Toms River, opening a new restaurant and bar just a few miles north called “Riv’s Toms River Hub”.

“I have a heavy heart. It was 12 years ago when my life took a very sad and difficult turn in the aftermath of a divorce and I was left with nothing,” Canaeda said. “It took me almost four years to find my home and career in this business and I have been going with all that I am ever since. Over the last 16 months with the generosity and support of Jay & Jeremy Grunin I was able to keep going on a scale I could only dream of. I am grateful to them for the opportunity.”

“This is not an easy business and when you are in love with it you fight through every bad day and you keep dreaming and hoping it all works out,” Canaeda said. “I built a team that I am so proud of and grateful for. Without their hard work and positive attitudes I wouldn’t have gained your support and appreciation for what we have tried to offer this community.”

At the beginning of the episode filmed at Canaeda’s White Rooster, Ramsay went undercover with Soprano’s star Salvatore Bonpensiero who played “Big Pussy where he had to tell the television star to stop eating the food which he said didn’t smell fresh.   The closure notice posted on the restaurant’s Facebook page came as New Jersey Governor Phil Murphy imposed a ban on dine-in service at restaurants which will undoubtedly negatively impact even the most successful restaurants in the state in the coming weeks.

Photo: Copyright Fox News/24 Hours to Hell and Back, Live television screen capture of episode featured in the above article.