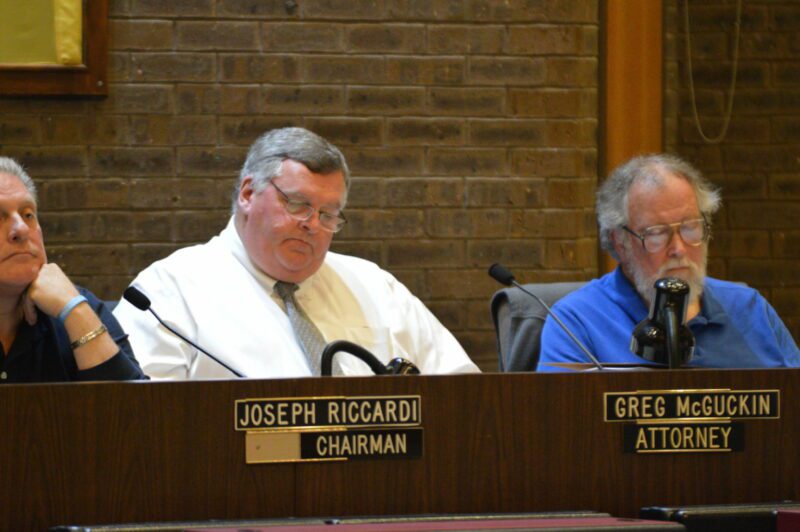 TOMS RIVER-The past week in Toms River has been a political firestorm, but as the dust begins to settle, the winners and losers in the week-long battle royale among township Republicans are starting to emerge.

One of the biggest losers last week was Assemblyman Gregory P. McGuckin, who appears to have been the leader of the failed coup of the Toms River Republican Club.  McGuckin, whose firm has served for many years as the Lakewood Township Zoning Board legal counsel, saw huge financial gains as a result of his political alliance with Ocean County GOP Chairman Frank B. Holman, III.

McGuckin seized financial power in Jackson Township where Mayor Mike Reina hired the Lakewood zoning board legal counsel to be the general legal counsel for his town.  McGuckin’s firm was a big-time donor to Reina’s political campaign. McGuckin was rewarded with a six-figure contract by Reina and the township council in return for their political loyalty.

The firm also saw big gains in Lacey Township and Manchester where the firm was also handed lucrative pay to play contracts in return for political campaign donations.

One place McGuckin’s firm did not get named general legal counsel was Toms River, which many insiders feel was the underlying motive behind McGuckin’s failed political coup with the republican club.

After that assault failed, McGuckin was then dealt a blow after losing the support of the Ocean County Republican Council, who voted in opposition of his endorsements for shoplifter Kate Gibbs for Congress and D.C. Democrat Rikin Mehta for U.S. Senate.  It was McGuckin’s third defeat of the week, which left a huge bruise on his political stature in the town.

Breaking News:  Man Illegally Arrested for Playing Catch in a park with His Daughter in Park, Mayor Apologizes

The first defeat came last Tuesday when McGuckin and Holman sought to hold a clandestine meeting of the Toms River Township Republican Club leadership to force their resignations.   None showed up for the meeting to meet their demise.

This week, the hits kept coming for McGuckin.   Mayor Maurice Hill intended to pass legislation at Tuesday night’s council meeting to clear the way for McGuckin to be appointed legal counsel for Toms River.   Mo Hill might have a steady supply of sweet tea, but on Tuesday, he didn’t have the juice to pass an ordinance to fire in-house attorneys, paving the way for McGuckin to take that huge piece of pie for himself.

Instead, Hill, sensing opposition to the plan by Councilman Daniel Rodrick, a Republican, tabled the ordinance sensing he did not have the necessary support from the council.

Rodrick criticized Hill for a plan that wouldn’t actually save taxpayers any money, but just a reshuffling of personnel at the end of the day by Hill.

Breaking News:  NJ GOP Not Off To A Good Start in 2020 Congressional Resurgence

Hill wanted to replace all existing legal department employees, minus Ken Fitzsimmons, a political ally who is scheduled to retire later this year.

With the slate cleared under Fitzsimmons, upon his retirement, the ball would be in play for Hill to hire McGuckin, who worked diligently on Hill’s mayoral election campaigns.  McGuckin also headed Hill’s mayoral transition team this past winter.

Once growing to be the most powerful Republican in Ocean County, the past week has damaged McGuckin’s political clout and now is infringing on his ability to win his own election in 2021 for his assembly seat.  Insiders suggest McGuckin is now eyeing the 10th Legislative District’s Senator seat with the rumors of the impending retirement of James Holzapfel who is now edging on 20 years of holding that position in Trenton.

McGuckin’s seat and other 10th district seats should be easy pickings for party loyalists wanting to eradicate the cancer that is growing within the party next year.

The biggest winner of the week was Toms River Republican Club President Geri Ambrosio.  Although Ambrosio’s husband was penalized by Hill, with an employment demotion at town hall, Ambrosio solidified her position as the leader of the Toms River GOP club.  Hill and McGuckin threatened to form their own club last week, but after a week of failures,  finding club members to fill seats could be a problem for a new club.

Breaking News:  All Over the World, Garage Gyms Are Now a Thing

With a roadblock put up between McGuckin and the coveted Toms River Township general legal counsel appointment, the next few months in Toms River politics should prove to be an interesting time.

Toms River Councilman Daniel Rodrick exerted his power, which is fueled by popular support within the community to challenge Hill and McGuckin’s backdoor attempts to fulfill their campaign promises.  Rodrick spoke in opposition to several plans hatched by Hill this week during the meeting including the attempt to hire McGuckin and an ordinance to give raises to Hill’s political allies already working within town hall.

Like All Totalitarian Regimes, Ocean County GOP’s Reign of Terror Ended with a Public Execution…Of Sorts