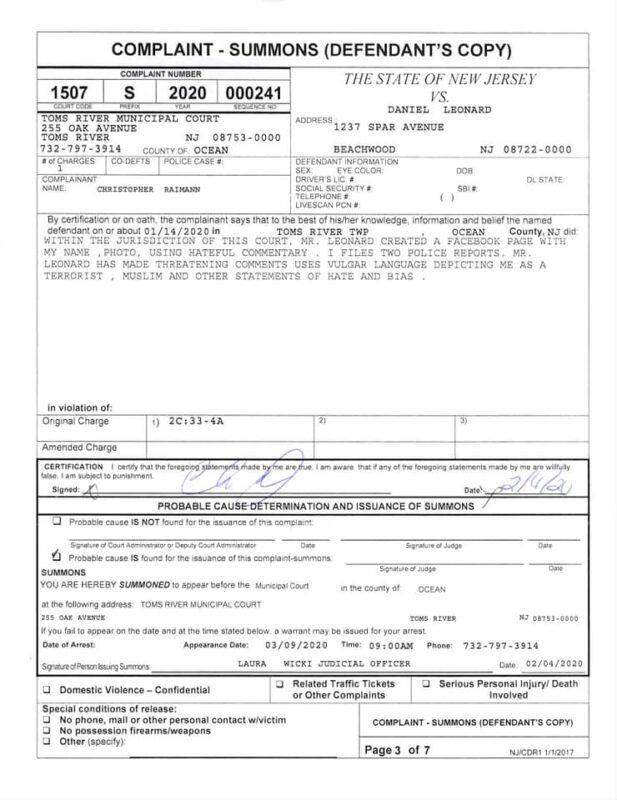 TOMS RIVER-Former Toms River School Board Members Christopher Raimann and Daniel Leonard are in court today facing each other after years of a contentious professional relationship between the two former elected officials has boiled over into municipal court.

Raimann filed a harassment charge against Leonard, claiming Leonard depicted him as a terrorist on social media.

Department. “I files[sic] two police reports.  Mr. Leonard has made threatening comments, uses vulgar language depicting me as a terrorist, Muslim and other statements of hate and bias.”

Raimann is not a Muslim

.  Those charges were dismissed by the state’s School Ethics Commission.

The charges against Leonard were dropped today after Leonard agreed to leave Raimann alone, as long as he doesn’t run for office.

It’s unclear whether or not Leonard would continue to call Raimann a Muslim terrorist if he ran for office again.