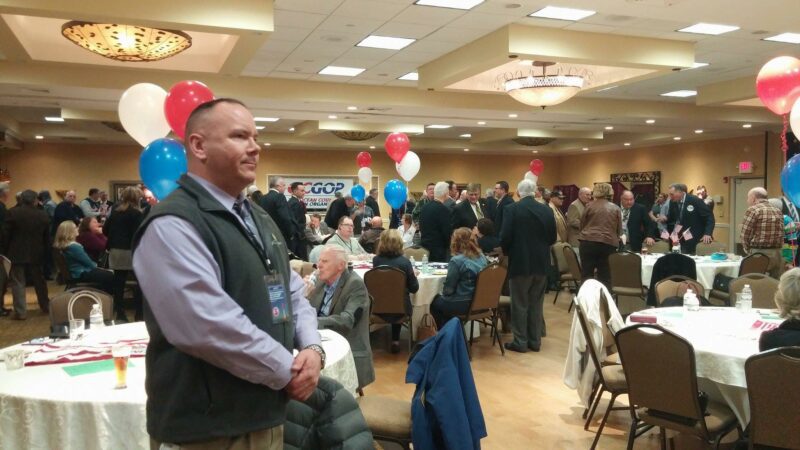 TOMS RIVER-Dan Leonard, a decorated U.S. Army combat veteranwho most recently served three years as a volunteer on the Toms River Regional School board has announced he is running for Ocean County Freeholder in the June Republican primary election.

Leonard, who says he’s not running against anyone will in fact be running against longtime Ocean County Freeholder Joseph Vicari.   Leonard is hoping to get a nomination from the floor to force an election Wednesday night, but he said if he doesn’t that won’t stop him from running against the line in the June primary.

A staunch supporter of Donald Trump, Leonard came under fire last year for comments he made against Muslim-American radical liberal Congresswoman Rashida Tlaib.   His comments earned him a nationwide condemnation from CAIR, a Muslim civil rights group, but Leonard stood tall against CAIR, who eventually gave up on him after weeks of intimidation and harassment from the group’s followers.

“Bottom line up front,” Leonard said. “I’m not Running “Against” Anyone!” Instead, he is running as an advocate for public education funding reform, senior program funding and veterans funding from the state of New Jersey which has taken aim at Ocean County since the election of Governor Phil Murphy.  Ocean County is a predominantly Republican-leaning county that did not vote for Murphy in 2017.

“What is needed is bold leadership and asymmetrical strategic planning,” he said. “Now is the time for conversation, not division. I will work alongside all community leaders to put forth an honest effort to end Partisan and cultural differences in Ocean County.”