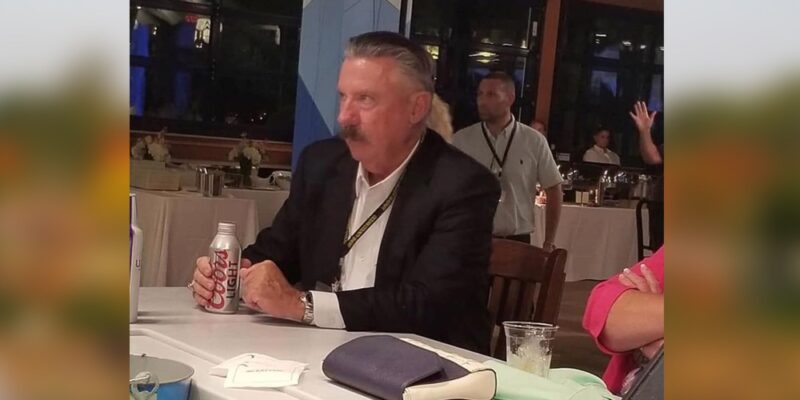 The following is an open leader to RNC Chairwoman Ronna McDaniel:

This week, Ocean County Chairman Frank Holman is pushing to become a delegate at the Republican National Convention August 24-27.    He’s having a tough time convincing the party he should be one of New Jersey’s representatives and here’s why.

First, Holman’s CPA firm Holman, Frenia doesn’t have a spotless track record of supporting Republicans.  In fact, the firm has contributed to some key losses for Republicans.  This matter was first publicized by political campaign operative Chris Russell whose mailers for Holman’s opponent in the 2019 chairman’s election, Frank Sadeghi clearly identified Holman’s firm as a contributor to victorious Democrats in key races.

Next, Holman hasn’t been such a great GOP leader since taking office.  He and his underlings have been divisive and controversial since he took office.  He’s not a unifier and a skilled politician like his father, Frank B. Holman, II.  Instead, he is vindictive and aggressive against opposition within the party. He doesn’t have the skill to bring Republicans from different camps to the table and his “my way or the highway” approach to running the party has been a complete failure for everyone, except his own CPA firm and the lawfirm of McGuckin/Dasti, who have seized nearly a million dollars in government contracts since taking over the party.

That brings us to point three.  Holman appears to be involved in politics more as a business than any fundamental beliefs of party unity or platform.  The past 365 days have been nothing more than a financial money grab for those around Holman.  Tens of millions of dollars in contracts have been awarded to Holman and his key allies.  Towns who did not pick Holman’s team of professionals have faced political backlash.

GOP leaders should not be aiding in coups to overturn duly elected officers of municipal political parties.  Holman was a key player in last week’s failed coup attempt of the Toms River Republican Club.  Holman henchman Gregory P. McGuckin masterminded a failed political assassination of a very hard and dedicated Republican woman, Geri Ambrosio.  That’s why the fourth reason is that Holman routinely violates President Ronald Reagan’s “11th commandment” .  A Republican shall not attack another Republican.   It doesn’t get much worse than trying to besmirch a longtime party leader and a woman.  On top of that, when the coup attempt failed, Holman’s lackey, Mayor Maurice Hill then took it out on Ambrosio’s husband by demoting him at town hall.

Finally, is a controversial reason.  Holman supports efforts to curb Jewish growth in Ocean County.  This is a very complex issue on the ground, but as a party leader, Holman’s beliefs are not in line with those of President Donald J. Trump.  When party leaders in Jackson made anti-Semitic comments on Facebook, which received condemnation by the RNC and the NJ GOP, Holman ran interference to defend them.    His actions led to today’s political campaign against the township leaders that have them on Fox News nearly 24/7.    Leaders should be held to higher standards, but in Holman’s world, the only thing that matters is one’s ability to give him and his allies lucrative political contracts.  His opinions on Orthodox Jews is contrary to the President’s support of the Jewish community.

There are better, more dedicated and more qualified people in Ocean County who deserve to support our President in August.

Phil Stilton, Shore News Network.
The only news magazine and online news service in the entire state of New Jersey to endorse the candidacy of President Donald J. Trump in 2015.  New Jersey’s largest conservative-leaning media platform with over 150,00 followers and a reach of 2.5 million readers each month.