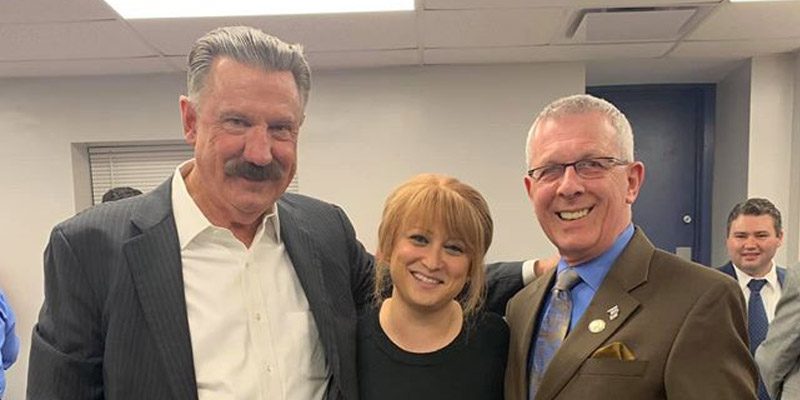 TOMS RIVER-New Jersey 10th District Assemblymen Gregory P. McGuckin and John Catalano are putting their weight and influence behind a convicted shoplifter once arrested for drug possession for Congress in the state’s 3rd Congressional District.

“We need a real conservative in Congress with a track record of getting things done. Kate Gibbs is a tax cutter, a job creator, and an emerging leader in our party who will help us fight Governor Murphy’s liberal policies here in New Jersey and support President Trump’s America First agenda in Washington,” the pair said of Gibbs, who was ravaged last week by an Asbury Park Press story chronicling her long rap sheet and run-ins with the law. “We endorse her 100% and will be voting for her at the Ocean County GOP Convention on March 4th.”

McGuckin knows the feeling of having your past catch up with you during an election year.

In 2007, McGuckin, then a Toms River councilman suspended his campaign for mayor after being slapped with a $121,000 tax lien.  He later enrolled into a long term repayment plan with the IRS.

McGuckin was joined by other establishment  GOP Republicans in Ocean County, but the official nomination will be determined at the county’s March 4th convention.