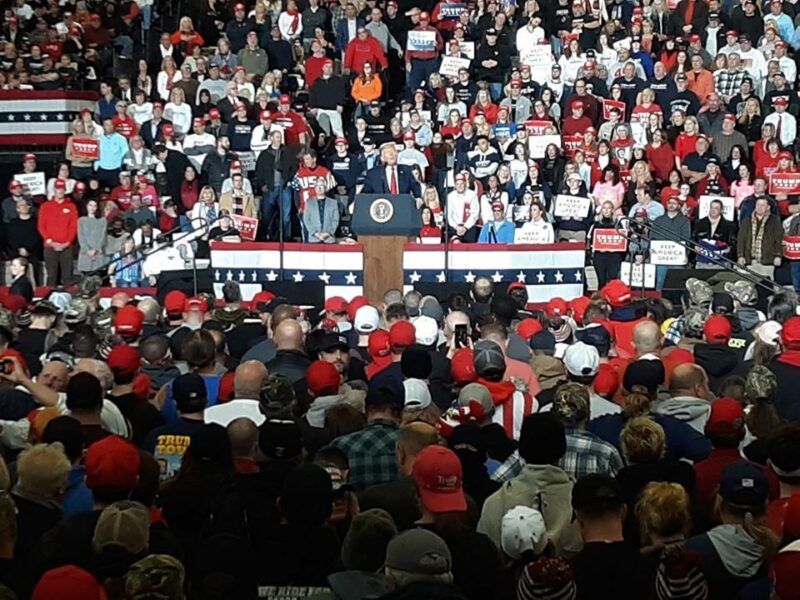 WASHINGTON, D.C.-Whether you love or hate President Donald J. Trump, one thing most Americans agree on is that America is a little bit greater today than it was a few years ago under the reign of President Barack Obama.

That was expected.  Trump never ran for President to be the winner of a popularity contest.  In fact, Hillary Clinton won the popularity contest and she’s not our President, because that’s not what being President or the CEO of a major company is about.  It’s about delivering results for the American people and the majority of Americans feel he has delivered on key issues according to the Gallup poll.

“To keep America Safe, we have fully rebuilt the U.S. Military – it is now stronger, more powerful, and more lethal than ever before,” the President said.

Race relations, which were completely butchered under Obama are struggling to return under Trump.  It’s a daunting task by the President to restore confidence in America’s inner cities to a generation of people who grew up during Obama’s race-splitting presidency that vilified police officers and created a cultural divide between black and white citizens.  Just 36% were satisfied, but that is up from 22% in 2017.

Trump relished in the poll, tweeting, “The best is yet to come.”

While Democrats in Washington continue to try to override the 2016 election through a mind-numbing impeachment process, working side by side with mainstream media, Trump continues to enjoy his surging popularity, despite their best efforts.

Trump credit’s the Democrats for the nationwide resurgence of the Republican Party, which has even shown signs of life in New Jersey.

“Americans across the political spectrum are disgusted by the Washington Democrats’ Partisan Hoaxes, Witch Hunts, & Con Jobs,” he said. “Registered Democrats and Independents are leaving the Democrat Party in droves, & we are welcoming these voters to the Republican Party w/ wide open arms!”