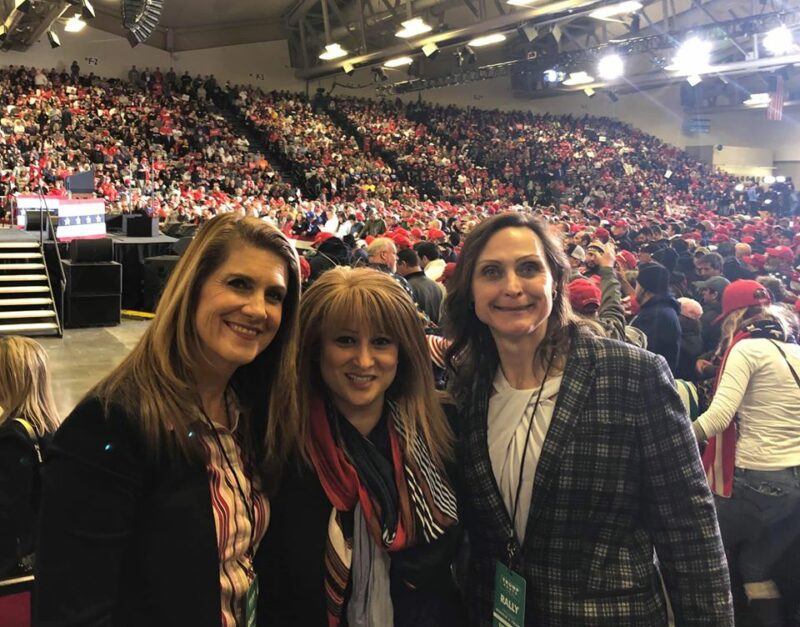 TOMS RIVER-When Jeff Van Drew, a lifelong Democrat and a Congressman who voted against Republican values nearly 90% of the time in his first year of Congress had no home, he sought refuge within the New Jersey GOP.

In order to remove Richter, a deal was made between Republican powerbrokers to push Richter, who lives in Princeton, into the South Jersey third congressional district, a 52-mile drive south.

In addition to his non-compete agreement with his former adversary, Van Drew, Richter was also given the stage at January 28th’s Trump rally in Wildwood where he joined the chorus of praise for Van Drew’s “heroic act” of not impeaching the President.

That horsetrading among powerful men in New Jersey also marginalized the successful candidacy of the only woman running as a Republican for Congress in South Jersey, Kate Gibbs.  Gibbs, had been a very successful and admired Freeholder in Burlington County and has been very active in raising money for her campaign, but she was in the way of getting a last-minute deal signed with the Trump campaign to hand Van Drew the June primary election unopposed.

Now, the Trump meddling in local politics has created a bigger problem for New Jersey Republicans, while solving logistical problems for the GOP, the party which has been split for many years between Burlington County, which supports Gibbs and Ocean County which has signaled its support for Richter creates another unnecessary primary in June.  It’s a primary Republicans cannot afford, especially in Ocean County where the party has been split between factions loyal to new GOP Chairman Holman and those loyal to former GOP Chairman George Gilmore.  Holman and Gilmore will probably find common ground with Richter.  He represents the ideal congressional candidate for Ocean County.  He’s a wealthy CEO who doesn’t live in the district that can self-fund a campaign against Andy Kim.

He also has the unspoken support of President Trump.

Just like Tom MacArthur.  It has recently been said, whoever has the support of Ocean County in CD-3 will win the election, but that might not be the case when Burlington County has fully endorsed Gibbs and many in Ocean County want to finally see the diversity in the party promised by new Chairman Holman, who has made it clear on many occasions that he was not ready to back a woman for Congress this year.

Now Richter faces an uphill battle coming from a district where he was riding the red wave to one where he’s now seen as a carpet bagger capitalizing on the inner workings of the political swamp.

Gibbs offers New Jersey voters the diversity many now seek in a candidate for higher office. She also possesses a proven track record in office. Richter has money and the boys who call all off the shots behind the scenes…well, they like money…a lot.