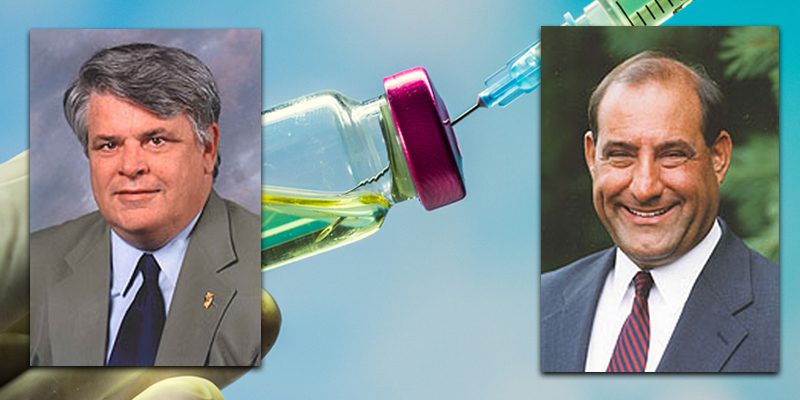 TOMS RIVER-On Thursday, the New Jersey Senate passed an amendment that would continue to allow for a religious exemption for vaccinations.  As the Senate voted on the amendment, hundreds chanted outside the chambers against a Democrat-sponsored bill that would strip the rights of individuals to opt-out of vaccinating their children.   That vote happened without Ocean County Senators James Holzapfel and Christopher Connors representing New Jersey’s 9th and 10th legislative districts respectively.

The amendment ended up passing 18-15.

Connors skipped the controversial vote because his attendance was required at a municipal council reorganization in Lacey Township where his firm, Dasti, McGuckin, Murphy, Connors was appointed to a professional contract by the town council.

With most Republicans voting no and most Democrats voting yes to the amendment, Republicans needed every vote to stop the Democrat bill.

In addition to approximately $1.5 million in prior public contracts, Connor’s firm has secured nearly a million dollars in new lucrative public contracts across Ocean County since January 1st as a result of their affiliation with Ocean County GOP Chairman Frank Holman.    Holzapfel’s firm also receives over $1 million annually from public contracts.