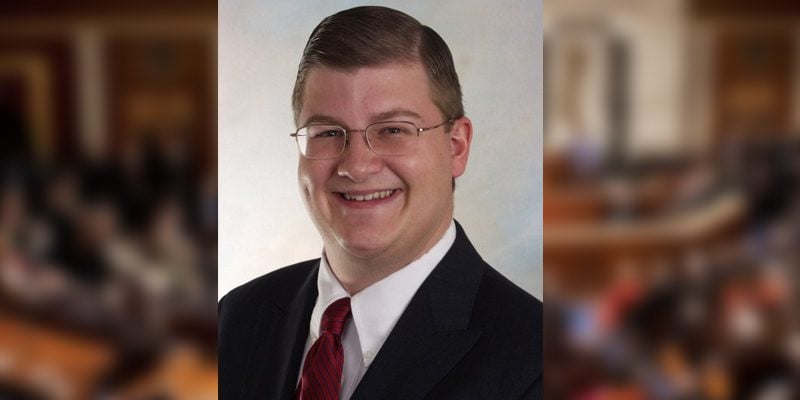 HAINESPORT, NJ- Congressman Andy Kim is rolling in a pile of campaign cash ahead of his 2020 election bid, waiting to see who his Republican opponent will be in November as Republicans continue to move in the direction of a hotly contested primary election.

In what is our first accurate political prediction of the year, a third candidate has entered the race for New Jersey’s 3rd Congressional District. His name is Tony Porto and he’s the Republican municipal chairman of Hainesport.

“At eighteen years old, Tony won his first election to the Burlington County Republican Committee. In 2003, Tony was elected to the Hainesport Board of Education, where he focused on improving the quality of education for students while keeping property taxes under control. By 2005, the Board of Education was able to reduce property taxes while adding additional teachers in the classroom,” his campaign website states.

​”Tony was elected four times to the Hainesport Township Committee and was chosen twice to be Mayor of Hainesport,” it continues. “As a committeeman, Tony protected the environment by preserving several tracts of land from over-development. The Hainesport municipal park was improved to include walking trails and athletic fields for soccer and baseball; all while maintaining the lowest municipal taxes of all surrounding towns. Shared services and efficiencies in government were achieved through determination and working with those of all backgrounds. By the end of his municipal service, the township debt was reduced by over $8.8 million or $1,440 per resident.”

The Burlington County GOP has put their full endorsement behind Gibbs in the district that spans both Ocean and Burlington Counties.   Ocean County GOP Chairman Frank Holman’s last public statement on the race was that he’s holding out for somebody from his own horse stable to enter the race, but time is running out.

Holman’s inaction on the congressional race mirrors his inaction as a chairman on many key issues facing his party in 2020.

While Holman is off on yet another midwest hunting excursion, the Democrats continue raising money to support the re-election of Andy Kim and the field grows more crowded on the Republican side of CD-3, which is music to Kim’s ears.

So far, Holman has passed on Gibbs, a woman, despite his 2019 campaign promise to encourage more diversity within the party which is dominated by middle-aged white men who hold public jobs and positions.