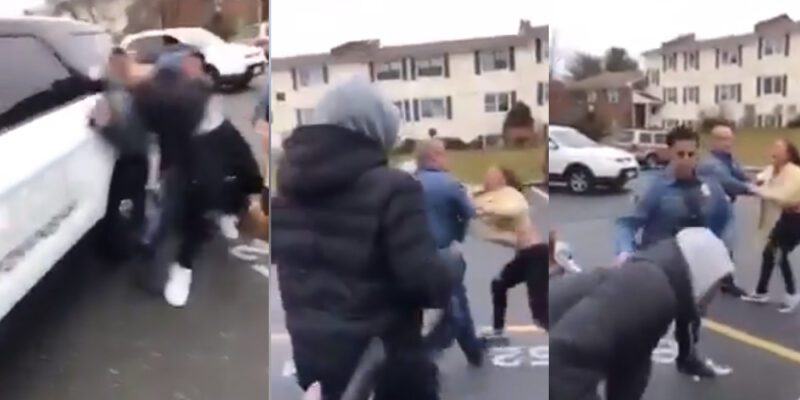 BRICK-Outnumbered, two Brick police officers responded to a disturbance on the 200 block of Sawmill Road, within the Maple Leaf Apartment and Condominium complex.   Police wrestled with residents who aggressively interacted with responding officers.  One officer in the video called for backup.

“Y’all n*ggers is bitch,” one person was heard yelling at police officers.

In the end one officer was injured and eight teens were arrested in what is now being described as a “riot”.  Brick Police said two of the teens threatened to kill police officers.  As police engaged the initial group of approximately eight individuals,  the crowd began to grow.   Eventually the Toms River and Point Pleasant Police Department were called in to back up the outnumbered Brick officers.

The event happened at a time when a seemingly increasing rate of gang-related violence is surging in Ocean County.