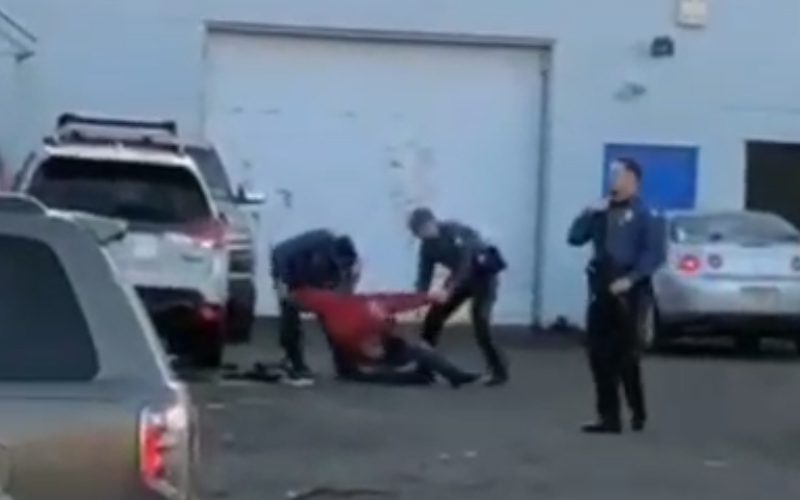 LAKEWOOD-Lakewood police have arrested Arturo Cuahutle-Flores, 47, of Lakewood after he was caught at a nearby car wash trying to sell handguns.  The car wash is at the corner of Ocean Avenue and Park Avenue, just approximately 100 feet from the headquarters of the Lakewood Civilian Safety Watch.  Police said the man was trying to sell the guns illegally.

According to police, on Tuesday, December 31, 2019 at approximately 4pm, the Lakewood Police Department received a call regarding a male subject approaching bystanders at the Self Service Car Wash. The car wash is located on the corner of Ocean Avenue and Park Avenue. It’s alleged that the male subject approached bystanders and displayed what were described as three handguns, which were tucked in his waist band.

It is alleged that the subject offered to sell the firearms to the bystanders, which prompted the call to the authorities. Sgt Messer, Officers Burkhardt #361 and Zavalnyuk #359 were first to arrive on scene and approach the suspect, based on his description. The suspect became non-compliant and evasive, which prompted Officers to use immediate, necessary force to subdue the suspect. The three aforementioned firearms were recovered from the suspect’s person and he was arrested and transported to Monmouth Medical University for injuries sustained during the incident. Officers Burkhardt and Zavalnyuk were uninjured following the arrest.Cuahutle-Flores, 47 was charged with 4 counts of unlawful possession of weapon and 4 counts of possession of a weapon for an unlawful purpose. There are more charges pending.

BREAKING!!!!!!! NOW Lakewood police arrest an armed man outside the Lakewood Shoppers next to a Jewish Girl School, the Suspect was carrying three guns and a knife.