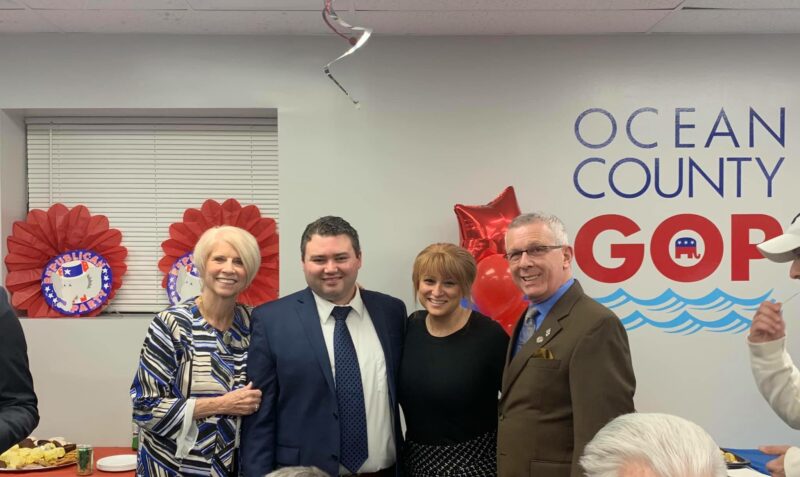 This week, Haines’ fellow National GOP Committeeman William Palatucci chimed in, condemning Hill International CEO David Richter for attacking young Gibbs in a brutal campaign ad that compared Gibbs’ run-ins with the law with those of Snooki, from the MTV show Jersey Shore.  Ocean County GOP Chairman has not given a statement on the Gibbs endorsement publicly but according to insiders has conceded behind closed doors that her campaign could be a problem for the party seeking to unseat Democrat Andy Kim, whose popularity is growing among senior citizens.  Ocean County is home to New Jersey’s largest concentrations of senior citizens.

A joint press release by the Freeholders and Palatucci this week said Richter’s, “Attempt to depict a genuine Jersey Girl like Kate Gibbs as somehow similar to the New Yorkers who regularly insulted all New Jerseyeans in the so-called MTV show is shameful.”

Nicole “Snooki” Polizzi, however, did grow up in New Jersey and attended Brookdale Community College…and still lives in Jersey.

So for now, the GOP leadership in Ocean County appears to be backing Gibbs, but that decision may come to a floor vote in early March, which could diminish the power of Haines and Holman if Richter wins the nomination off the floor.

Shame on the Burlington and Ocean County GOP for picking a candidate with such a sordid past?  Monmouth GOP political blogger Art Gallagher said Gibbs’ misdemeanor conviction, drug charges and history of not paying bills would have disqualified her from being nominated Freeholder in Burlington County if they had known.

“Everyone deserves a second chance,” Haines has been quoted as saying regarding Gibbs’ criminal past and lengthy rap sheet.