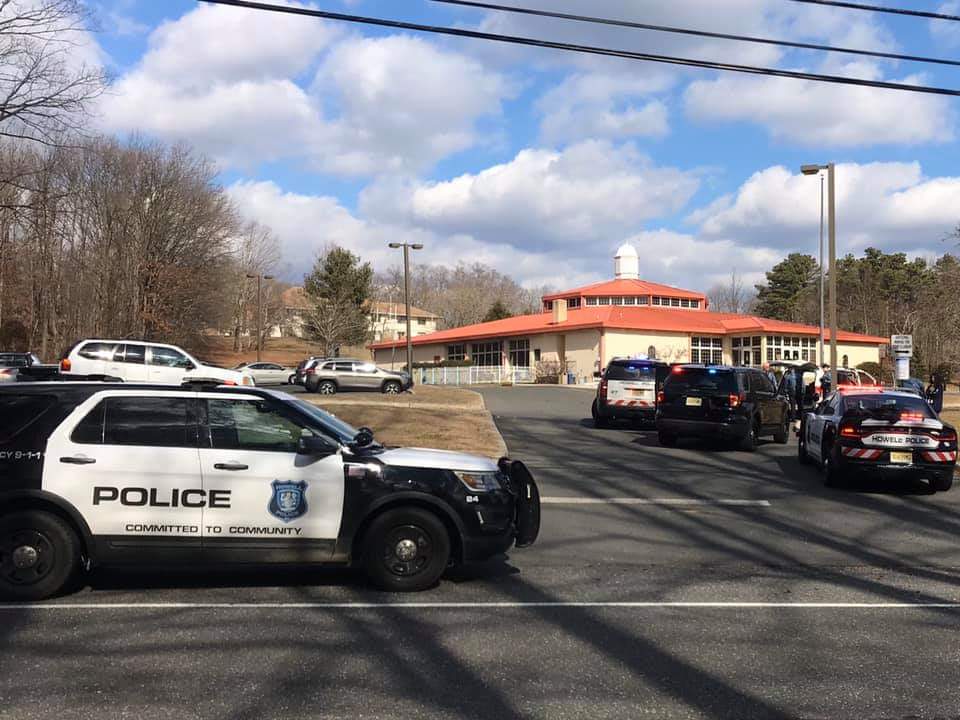 “PUT BOTH HANDS OUT YOUR DRIVER’S WINDOW!!” was the only warning Patrick Gleason, a NJ gun owner & Paramedic with over 25 years experience saving lives, needed to hear! The Howell NJ resident was stopped just prior to dropping-off his daughter and wife Tina at the Howell Library. Gleason immediately complied as he and his family were surrounded at gunpoint in what’s known in Police circles as a “Felony STOP”. It’s the kind where they carefully pull you out of your vehicle at GUNPOINT, make you raise your torso garments glacially-slow to expose your waistline and then slowly revolve to remove any doubt of holstered weapons.

Gleason didn’t hear his phone ringing on the way to the Library as the Howell Police officer (who knows Gleason as a Paramedic and accepted his change of address form for his NJ Firearms ID Card), tried several times to reach him as soon as the initial (false) complaint was phoned into Howell Police headquarters. Gleason and his son were enroute to the Garden State Shooting Center, a commercial public range, CNJFO supporter & firearms dealer in Lakewood, NJ. where Gleason is a member.

Gleason and his emotionally distraught son were “proned-out” (told to lay face-down in the street) so police officers, with guns drawn & pointed at them, could handcuff the father while the rest of the family trembled. Gleason & wife Tina were detained, and both children were searched. Gleason told us it wasn’t fun, the handcuffs hurt a little, and he completely understands why the Howell Police did what they did.

“They were professionals all the way. A textbook stop. They did what they had to do. I was TARGETED!” – Patrick Gleason

Gleason, an armed services veteran and gun hobbyist interviewed by phone last night for this story, has built his own AR-15 from parts, following all NJ gun laws.

This range trip Gleason brought three unloaded hand guns, each in its’ case, and with the ammo separate (traveling under interstate FOPA rules which are stricter than New Jersey’s). Gleason violated no gun laws for possession or transportation of his firearms.

Gleason, while still handcuffed, was informed of the complaint made against him from an anonymous male caller stating he was having an argument with a woman, waving a hand gun & pointing it out the window of the family’s minivan. He immediately knew he’d been the victim of a “swatting” (someone makes a false report resulting in a “felony stop” or guns-drawn raid at your residence)!

The Howell PD officers at the scene detained the Gleasons, and Howell PD Chief Kudrick responded to the scene. After sorting everything out, determining no crime whatsoever was committed by the Gleasons, they were released at the scene, and given handshakes by the officers making the STOP. The pair then continued to their planned destination (Garden State Shooting Center). Despite arriving at the range, the pair determine that they were too upset to enjoy the father & son trip they had planned and returned home to calm down from this heart pounding incident.

“Occupants have been released from the scene. No charges will be filed. At this point we believe the caller either embellished or fictitiously reported this incident after seeing the occupants loading the gun cases into the vehicle. The firearms were properly secured and the owner legally possessed them. They were in the rear cargo area of the minivan. The occupants were on their way to the range and pulled into the library to drop off one of the passengers. We have now turned our investigation towards the caller for possible criminal conduct.”

“There was a 911 call that a man and woman were arguing in the street and the man pointed a handgun at the woman. Police tracked down Mr. Patrick Gleason and had a felony stop, guns drawn. They were detained for a short period. After investigation, police found 3 unloaded handguns, stored properly. Owner had a valid FID card. They learned the call was fraudulent using a fake name and a spoofed (fake) phone number. Officers investigated into caller and the case is not closed.”

In last night’s exclusive telephone interview with Patrick Gleason, we learned that he has a “feeling” that he knows who may have swatted him and WHY! The incident MAY have originated with a reported complaint to the HOA involving his older Ford Bronco, legally registered & insured, parked on the street for some time, awaiting a brake job! Previous to the swatting incident, someone called their cable TV supplier and cancelled their TV subscription, using Gleason’s name & address. Detective Romano from Howell Twp. PD is currently investigating that angle.

Patrick Gleason has nothing but high praise for the professionalism displayed by the Howell Twp. Police Department. Tina Gleason, the 15 year old boy’s mother, similarly holds their Police Department in high regard, stating, “It is so draining. Howell PD did a great job and they were kind to my kids and that is all that really mattered”. Thursday night’s interview brought to light that Mrs. Gleason and their son have subsequently went to Police Chief Kudrick’s office to chat about the incident, allay any fears and put everyone at-ease.

It is the opinion of this editorial staff that “swatting” should be regarded as a FELONY and be prosecuted to the fullest extent of the law. Howell Twp. Police apparently handled this in the most professional manner possible, for which we are VERY thankful! This incident COULD have turned into a deadly tragedy. We hope the person(s) responsible are brought to justice for their crimes.
—The Editors BWM